For many visitors and guests the unusual, eye-catching and original art and design features of the Talland Bay Hotel are as much a part of the experience as the service, setting and food. The main force behind the hotel’s distinctive style is Head of Housekeeping, Penny, who spends part of each day squirrelled away in a small office at the very top of the house surrounded by mood boards and quirky creations. Here she spills the beans on what inspires her designs, her three golden rules, and plans for the headless mannequin in the cupboard…

People often ask about the sculptures in the gardens, where did these come from?

The previous owners arrived with a huge removal van full of many of the pieces that can be found in the grounds. Lots of pieces around the hotel came from the gallery in Fowey. The tradition for collecting interesting artwork has continued ever since, and I’ve created a few recent additions including the yellow bike. 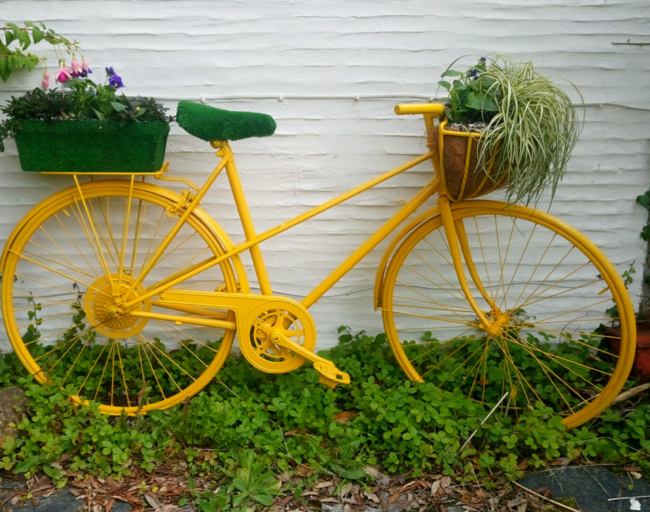 How long have you worked at Talland Bay Hotel?

I joined the hotel in 1990 as a part-time chambermaid following our move to Talland Bay in 1989. There have been five different owners in that time.

When did you start getting involved with the hotel’s art and design?

My first project was the button flower pots on the tables in the Conservatory, soon after the current owners, Kevin and Teresa O’Sullivan, took over the hotel. I’d made one for the reception, which people had loved and commented on. Things just developed from there. 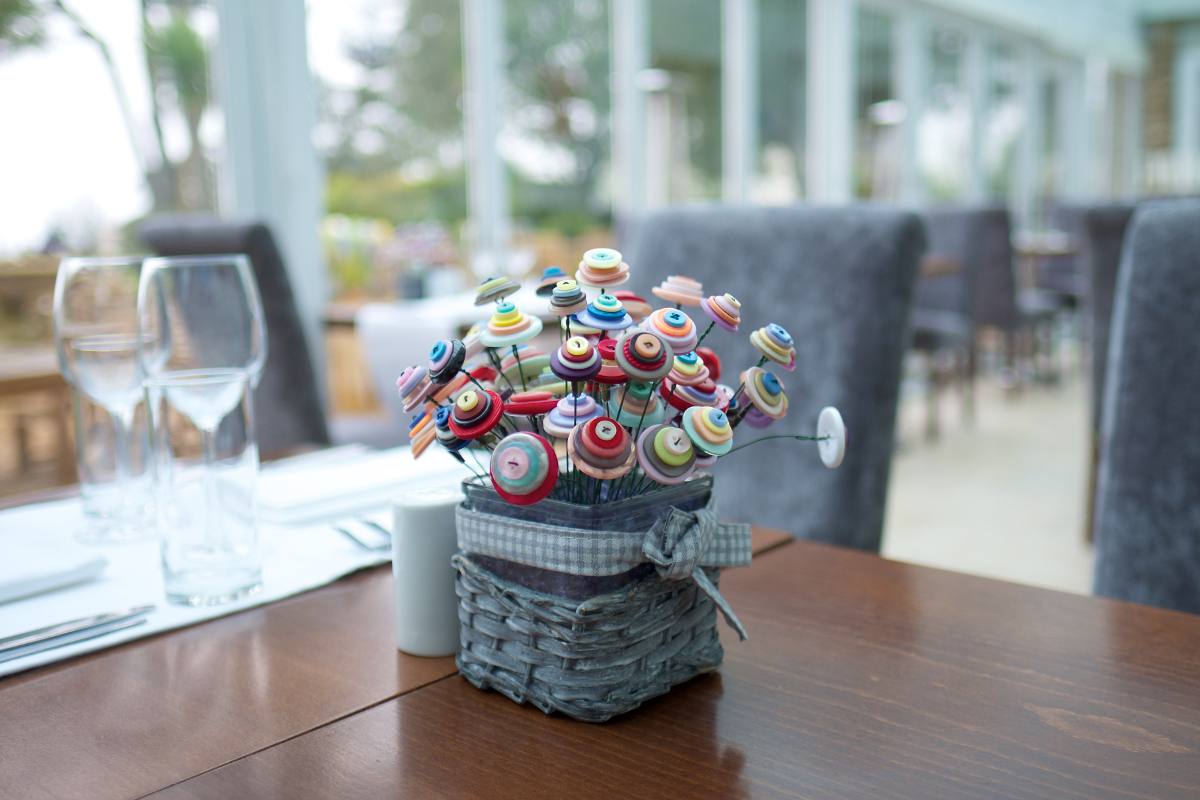 Who’s the most famous guest you’ve met in that time?

I missed meeting our most famous guest by just a day; Mick Jagger stayed the night before I started working here. However, I have met a number of other esteemed guests, from Julie Walters and Judi Dench to Jools Holland, Chris Evans and Tim Wonnacott.

What have you most recently been working on?

I’ve recently finished the copper leaf lamp in the hallway and the Talland Bay inspired Scrabble board picture in Reception. As well as refreshing the landings on the first floor with bright, blockwork colour and decorations such as the table cut into the wall and the flamingos, and re-styling the fireplace corner of the Lounge with the lion coffee table and pink rug. 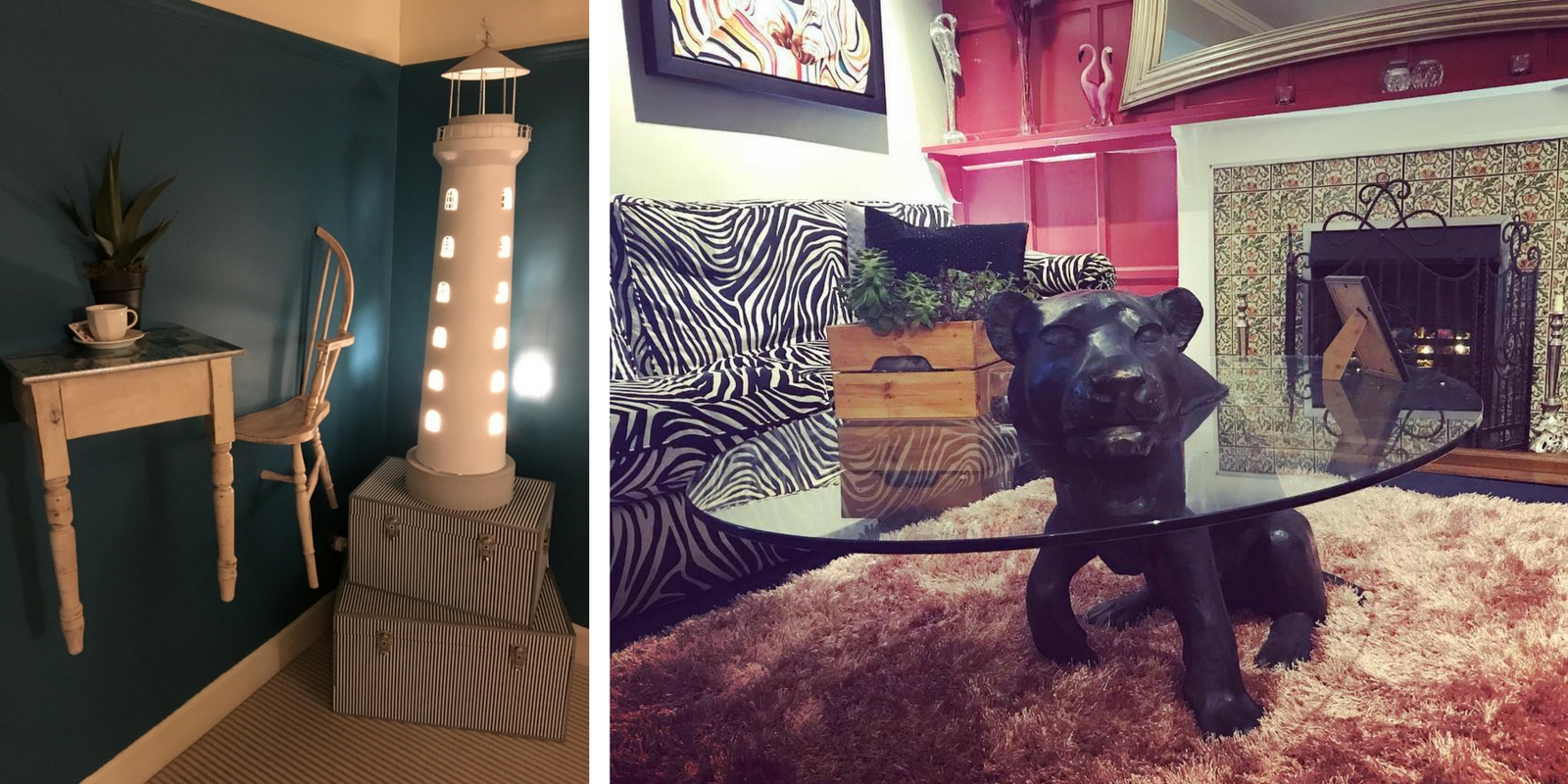 Christmas! I’m making a mini Christmas tree for every bedroom and will be creating a special white feather tree for the restaurant. I’m also planning on creating an Alice in Wonderland feature near the kitchen…

Then there’s Gerald, a white mannequin torso. I’m going to turn him into a lamp.

Room 30 is up next for a refurb and the finishing touches to the Bar and Lounge will be carried out in the New Year.

Where do you get your ideas, and source your materials?

Years ago I took a City and Guilds course on commercial design at Ware College. We (me and my husband) have never had loads of money so it’s second nature for us to make things out of odds and ends. I love the challenge.

I’m always getting new ideas, I have to write them down as they occur to me. Then I look for the materials in second hand shops. Teresa (the owner) often finds things and texts me with photos. She found Gerald and messaged me to ask if I had a use for him.

If I don’t know how to do something, I Google it.

I have three golden rules: “COS”. Nothing classic, nothing ordinary, nothing safe. 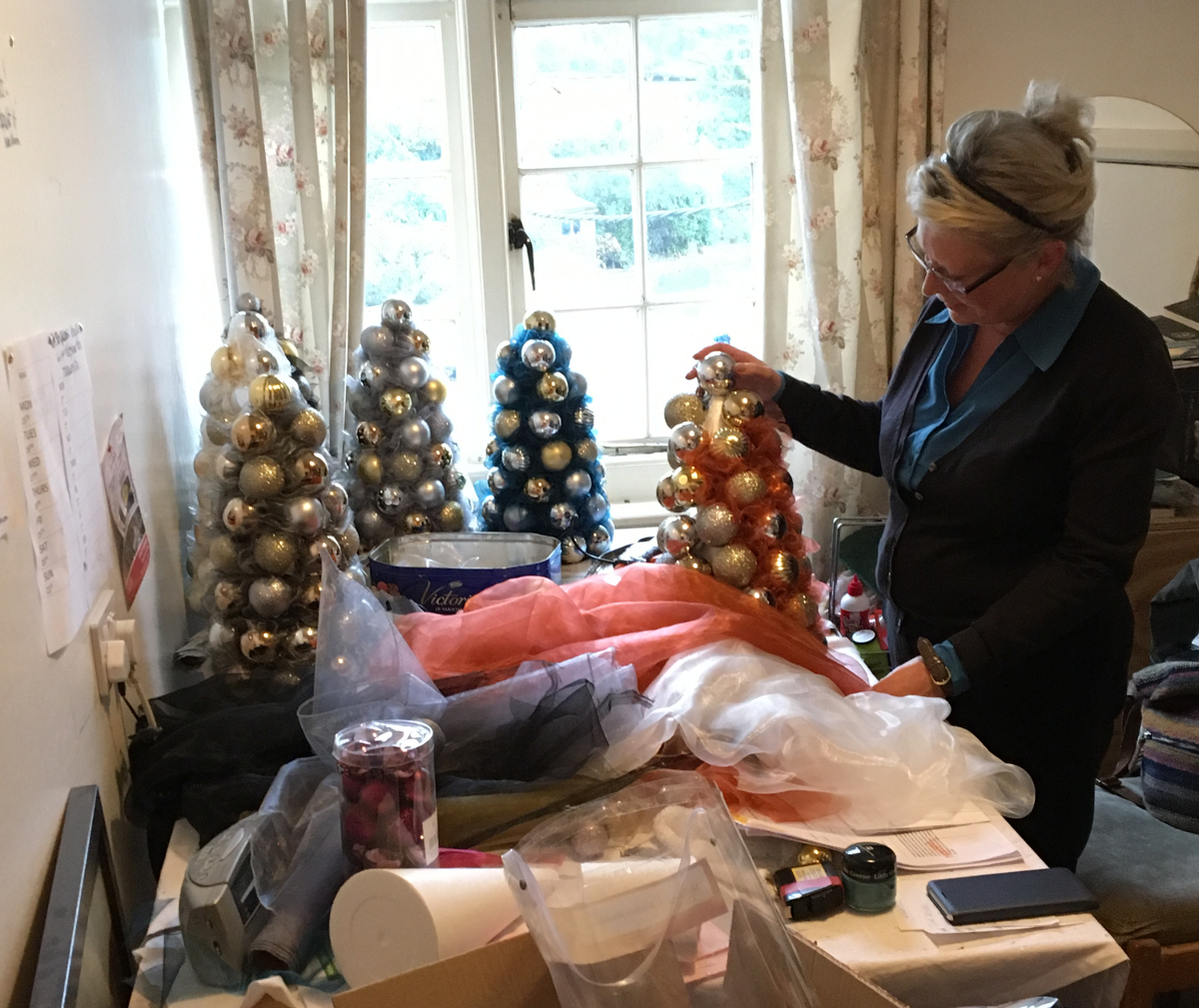